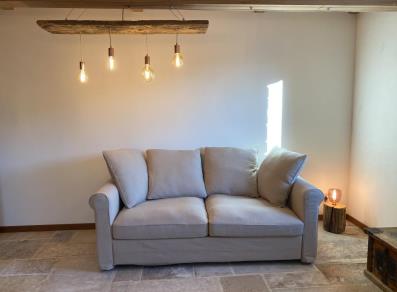 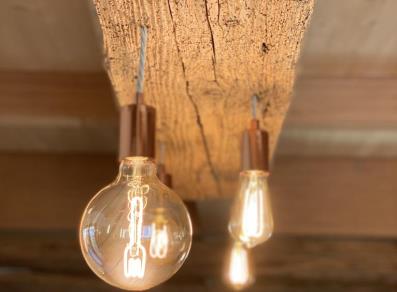 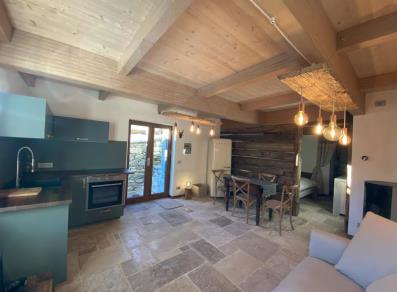 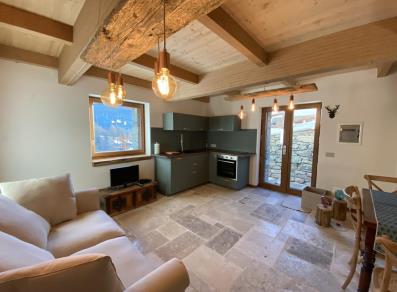 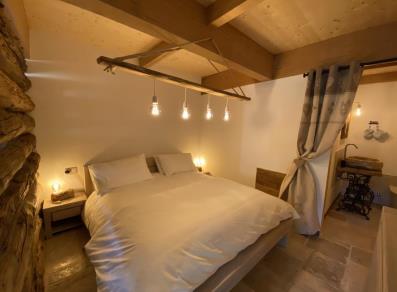 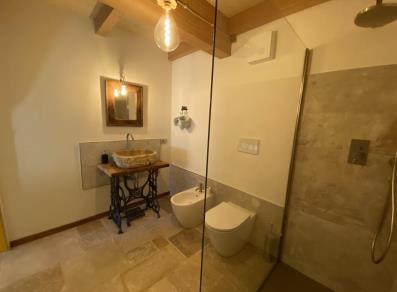 Barmasse – located on the road to Valmartin, at the foot of the rocks forming a shelter (called the “barmes”) and some buildings in the tiny village. It was built in 1926 by Pietro Hosquet and dedicated to Madonna of Lourdes; it still belongs to the Hosquet family.
Bringaz – recently built, located 1,720 metres above sea level in the district of the same name. The name derives from the local term “brenva”, meaning larch. Dedicated to Saint Rita of Cascia.
Busserailles – a Latin inscription remains from the original building: “Hoc opus f. fieri. D.nus Gabriel Goyet presbyter Issimiensis et Vallistornenchiae curatus 1679” (this work was ordered by Br. Gabriel Goyet, priest of Issime and parish priest of Valtournenche). In 1934 it was demolished to make way for the Breuil road and then re-built a short distance from its previous location.
Chaloz – the current building, from 1910, completely replaced the older building from 1722. A hollow on the facade hosts a seventeenth-century statue of Our Lady of Sorrows, to which the chapel is dedicated, together with St. Rocco.
Cheneil – hidden in a pine wood set in a charming valley, which is still inaccessible by road, it dates back to 1896, as testified by the date engraved on a stone. It is dedicated to Notre Dame de la Guérison.
Cheperon – the village and chapel take their name from the patronymic Perron, which is fairly widespread in Valtournenche. Dedicated to Our Lady of Carmine and St. Leonard, it was founded by the Carrel canons in 1739. The facade is decorated with a fresco of the Madonna del Carmine, St. Gotthard, St. Francis of Sales, St. Gratus and St. Rocco. It preserves a missal from 1733.
Cignana – located 2191 metres above sea level, it was built in 1928 together with a dam which created the flood water used to operate Maen hydroelectric station. Dedicated to Our Lady of the Snow, it preserves two gilded, polychrome friezes from an older chapel located on the other side of the lake.
Crépin – built in 1694 by Giovanni Ménabreaz, it is dedicated to Saints Crispin and Crispinian. The small, front portico was frescoed by Tantardini (1948) with images of the Holy Family, St. Theodule with the devil and the bell and St. Crispin with the tools of his profession.
Crétaz – founded by Michele Perron in 1730, it is dedicated to Notre Dame de Tout Pouvoir. Its wooden, polychrome altar is eighteenth-century, decorated with twisted columns and various statues.
Euillaz – located on the high pastures of Valtournenche, it can be reached in a one hour walk from Champlève. One of its beams bears the date 1860. It is dedicated to the Virgin of La Salette who is represented in the front fresco.
Losanche – this village, which lies just outside the main town, has two chapels. The first, located in the centre of the village and dated 1732, is dedicated to Saints Leonard and Theodule. The other stands beyond the houses and dates back to the middle of the nineteenth century when it replaced a building dating from 1716. It is dedicated to Our Lady Help of Christians and St. Leonard.
Maen chapels – the tiny, old chapel of the village dated 1732 is now barely visible not far from the big E.N.E.L. hydroelectric power station. A more recent chapel, dated 1968, stands near the river and preserves the Crucifix and the remains of the original altar from the seventeenth-century building.
Montaz – it stands in the centre of the hamlet of Montaz which derives its name from the fact it lies at the top of the steep path leading to Valtournenche. Founded by Pantaleone Gorret in 1733, it is dedicated to Saint Orso and the Holy Family. The latter is portrayed in a painting originally in the Friars’ convent in Châtillon. The painting was brought up to Montaz after Napoleon had the friars expelled from their convent in 1803.
Mont-Mené – a little hamlet, clinging on the steep ridge on the right side of the Maen valley floor, hosts this small chapel. Nowadays deserted most of the year, the hamlet can be reached in a half hour walk. Founded in 1747 by Antonio Hosquet, it is dedicated to St. Germanus and St. Gratus whose effigies are painted on the building front.
Pecou – it stands to the left of the main valley, opposite the village of Maen; it was founded in 1753 by Giovanni Giacomo Gorret and is dedicated to Our Lady of the Hermits.
Ussin – it was built as a votive offering after the plague of 1630 spared the parish of Valtournenche. It is dedicated to St. Michael. On its front is a beautiful fresco portraying the Last Judgment; its interior is instead deprived of any church furnishings because of repeated thefts.
Valmartin – built during World War II, it is dedicated to St. Joseph and Our Lady Help of Christians.