An Italian-Swiss trek around the Grand Combin massif

This trail is open from July to September, it is a difficult trek, accessible to well-trained excursionists; it offers an unforgettable experience, from Italy to Switzerland from retreat to retreat, through alpine valleys with fantastic views over the high surrounding summits. The itinerary develops over 100 Km, at an altitude that varies between 1,300 and 2,800 m, and can be completed in approximately 7 days walking.

The trail enters Valle d’Aosta from the Great St. Bernard pass (2,450 m), a welcoming stop-off point built in 1050 and managed by the canons of St. Bernard, a site famous for its dogs and for the Hospice. It then descends as far as the suburb of Saint-Rhêmy-en-Bosses, taking the well known Via Francigena, before proceeding towards the territories of Saint-Oyen and Etroubles and then into the gorge of Menouve as far as the Pointier alp. From here commences the steep ascent towards the Champillon pass, the watershed between the territories of Etroubles and Ollomont. From the pass, the trail then rapidly looses altitude, offering splendid views over the Grand Combin, and it reaches the Létey mountain hut, before then branching out towards the Fenêtre Durand pass, where it once again enters Swiss territory. In Switzerland, the route unwinds near the lake of Mauvoisin and climbs upwards as far as the Otanes pass. After lots of uphill and downhill sections, it goes uphill again towards the Mille pass,finally reaching Bourg-Saint-Pierre;from there it moves towards the artificial lake of Toules, where the ascent begins for the Great St. Bernard Pass.

This year, the Cabane de Chanrion will be closed for renovation. To give hikers the opportunity to complete the Tour des Combins, a shared taxi service has been put in place. 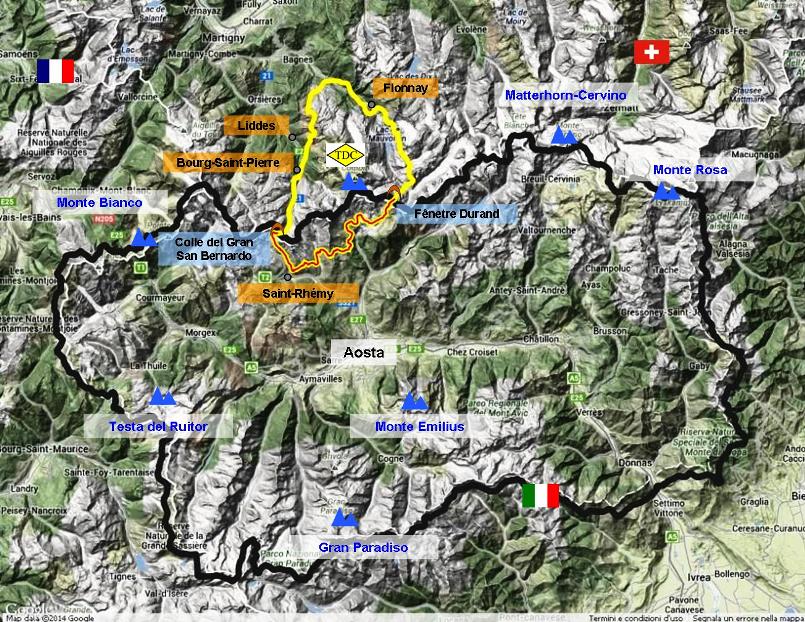