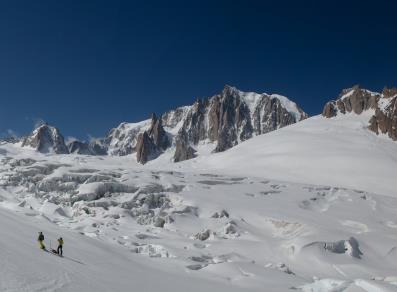 The museum is in the chapel of the cemetery of Antagnod (end of the 15th century), near the parish church of San Martino.
The chapel was also used as the headquarters of the various confraternities within the parish and contained a canvas belonging to the confraternity of the Most Blessed Trinity, which is now exhibited in the nearby parish church.
On the facade of the Chapel of the cemetery, there are a statue of the Madonna of the Rosary and a large Cross with symbols of the instruments of torture used in the passion of Jesus.

- Altar of the chapel (mid 17th century), reproducing an ecclesiastic building, the work of a Valsesian sculptor.

- Various statues of the Virgin, saints and angels.

- Chasubles (vestments for the celebration of Mass).

- Various astylar crosses (mounted on a wooden pole to be carried in front of the processions).

- Image of the “Madonna de Barmasc” on painted cardboard.

The museum hosts moreover a Vierge ouvrante from the middle of the 1300’s, which was found in the parish church of Antagnod. It’s a rare Madonna and Child, with the white and gold dress of Notre-Dame de Antagnod concealing the true identity of the wooden statue: the Black Madonna opens up to reveal a Trinity inside, a God Father holding up a crucifix with his arms raised above his head and the crudeness of blood painted on his suffering body. On the open doors, two angels hold up the Gospel and bow down before the Trinity. This statue, the only one found in the Aosta Valley, was known as Notre-Dame d’Antagnod, referred to as miraculous in ancient documents: following this hypothesis, some sources reveal that Jeanne Boch, accused in the trial for witchcraft in 1561, brought her stillborn baby there to ask for the gates of Heaven to be opened to him. There are only about forty Vierges ouvrantes throughout the world, which escaped from the ecclesiastic condemnation of 1745 because of theological reasons (within the Virgin Mary only Christ was incarnated, not the whole Trinity).