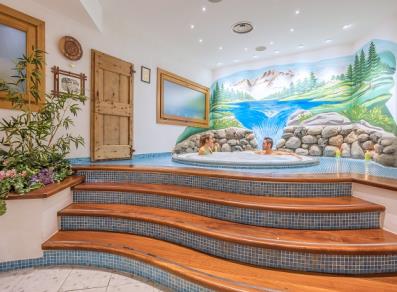 The Porta Principalis Dextera was located at the southern curtain of the walls and allowed for access to the countryside and the bridge over the Dora, situated in the hamlet of Clerod in Gressan. It had a single carriageable fornix, without a troop parade court and was supported by two towers. The excavations thanks to which it was discovered got underway in the nineteenth century with D’Andrade, while the complete arrangement and repair of the entire surrounding area date back to 1936.

Amidst the Roman material that was re-used during the middle ages to close the lower part of the door, in 1894, the sandstone base of a statue of Augustus was found, it had been erected by the Salassians in 23 B.C., bearing the commemorative inscription: “Salassi incolae qui inizio se in colonia contulerunt”. In the surrounding area there are also the remains of a popular and commercial area dating back to the 2nd century A.D. (the area of the children’s garden).

During the Middle Ages, the doorway took the name Beatrix, the viscounts of Aosta, who controlled the entire south-western perimeter of the walls, built their fortress on the ruins of one of the Roman towers that flanked it. This complex, which was called Bramafam castle, has a circular shaped bastion, at the base of which the Roman walls on which it was erected are still visible.

See also
Aosta: around the Roman wall and medieval towers