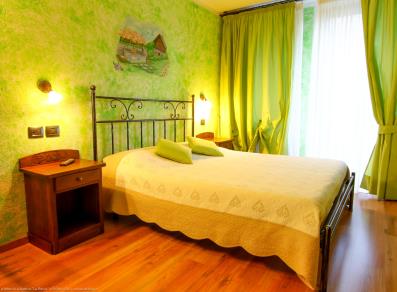 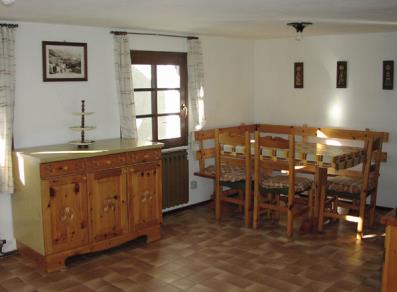 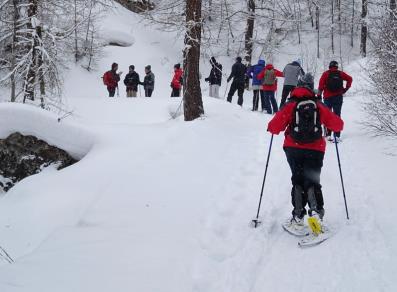 How: on foot or by bike.
Duration: about 2 hours (on foot).
When: from May to the beginning of November (weather permitting).
Distance: about 4 km.

From village to village, discover not only a magnificent lesser known rural corner of Valdigne, but also the history of La Salle and its ancient, noble families.

Departing from the village of Le Pont (see lord house) from the road; belonged to the Bovet family. It is a fortified residence of the 14th century with embrasures and some late-gothic style windows; the central body is flanked by a pair of protruding structures as a further defensive system of the entrance. The house was subject of recent restorations). Arrive at the car park under Maison Gerbollier from where the bus departs.
A little further up from the provincial capital, in the town of Ecours stand the remains of the ancient castle (XIII sec.) of the Lescours Lords (or De Curiis), one of the oldest families of Valdigne got extinct in the 16th century. Some sections of the wall and the tour with an entrance door at 8 meters of height can also be seen; the ‘Guelph’ type battlements still hold the flagstone roof with four sloping slides. In the nearby the pretty chapel of the ‘Nativity of Mary’ with the façade decorated by 15th century frescoes.
East to the complex, along the bank of the Echarlod river, a dirt road leads to the village of Echarlod where the lord house of Aragon, a family which became noble in the 16th century but got extinct at the beginning of the 17th century following the terrible plague. The building is solid and sober and the embrasure is still visible over the access door.
Returning then to the capital of the province, near the cemetery, on the left there is the silhouette of the Tour Favray, in the namesake village, now part of a farm; its imposing structure, though stocky and not at all refined, and the presence of embrasures, enabled the tower to be dated between the 14th and 15th century.
Once having embarked on the main road of La Salle, follow it up towards the beautiful Maison Gerbollier-Viard , today the Town Hall. Originally it was the house of the noble family of the Viard, it was then bequeathed to the Gerbollier family, who then transformed the lord house into a rural manor. Noteworthy are the general stylistic homogeneity of the complex (the result of recent restorations), the elegant internal courtyard and the splendid round arch entrance.
Entering the pretty central square, you will see the white mass of the parish church of Saint Cassiano, completely rebuilt in the middle of the 19th century except for the apse, which still dates back to the previous Romanesque church.