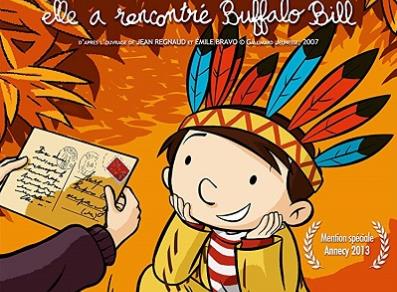 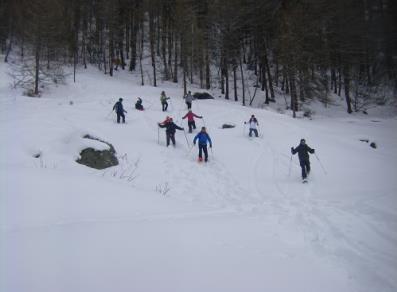 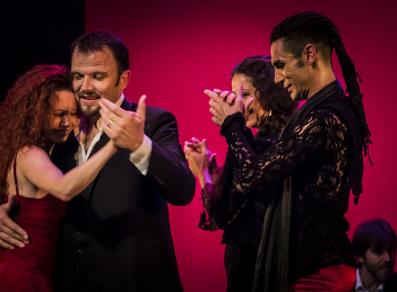 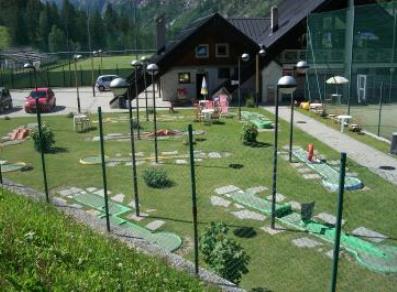 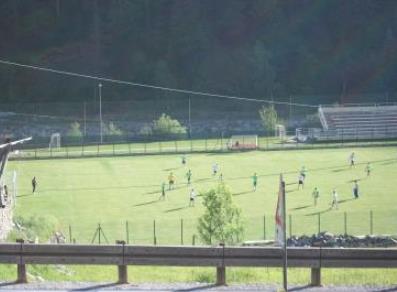 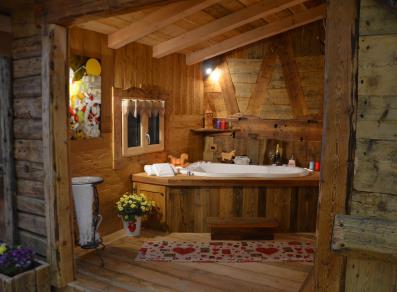 Icy and turbulent waters, steamy hot springs, deep ravines and cliffs, thick woods on steep slopes, unexpected but stunning views over the glaciers of Mont Blanc: Pré-Saint-Didier is all this and much more.
Already known in Roman times as Prata ad Sanctum Desiderium as a military post along the Gauls Road, Pré-Saint-Didier started to face a slow but continue tourist development from the second half of the XVII century, when it became a well-known destination thanks to its hot springs. The town itself is deeply connected to this resource: in 1834 a new structure for the thermal baths was built, and the whole complex has been recently renovated. Today Pré-Saint-Didier, which is only a few kilometres away from the famous ski resorts of Courmayeur and La Thuile, keeps on being a true reference point for relax and wellness, but also a place that offers a rich tourist offer to its guests.

WHAT TO SEE
● Saint Lawrence parish church: dating back to the XI century, rebuilt in the XV century and enlarged at the end of the XIX century, it owns one of the most ancient Romanesque bell towers of the region.
● The hamlets of Verrand, Palleusieux, Champex, Elévaz, and La Balme, whose chapels guard some ancient statues made of carved and painted wood realised between the XIV and the XVI centuries.

NATURE AND SPORT
Lying at a relatively low altitude (1,000 m), Pré-Saint-Didier offers a wide series of sport activities and some of them are adrenaline-rush too. You can start, for instance, from the town centre, where the Dora Baltea flows. Here you can practice some water activities, such as rafting and other thrilling sports suitable both for beginners and experts.
A true must-see is the footbridge which will give you the chance of admiring the natural show of the Pré-Saint-Didier ravine, a narrow and deep gorge which was created by the flow of the stream. Close to it, you can also see the spring of thermal water which gushes out of the rocks. Here, the view sweeps the Mont Blanc and both the Pré-Saint-Didier and La Thuile valleys.
After a nice stroll of about 10 minutes lies the Mont Blanc Adventure Park, which proposes routes of various difficulty levels. Here there is also the highest and longest pulley in Europe that crosses the ravine.
In summer one can also fish in the no kill reserve or fly by paragliding. There are also various itineraries for trekkers and cyclists, as well as a health path.
In winter, one can snowshoe and, obviously, ski in the resorts of La Thuile and Courmayeur.

EVENTS AND TRADITIONS
The Foire des Glaciers takes place every 30th December and it has been welcoming exhibitors from the whole Aosta Valley for more than 30 years. Here the participants propose their creations linked to local handicraft: wooden sculptures and engraved objects, manufactures made of soapstone, wrought iron, leather, furnishings and furniture. Local food and wine produced by locals are also available.

FOR THE LITTLE ONES
The toutisr offer of Pré-Saint-Didier also conders kids, for whom there are various activities. In addition to various easy paths, among which there is the stunning Orrido skywalk, the Mont Blanc adventure park owns some routes for kids, too. From 9 years old on, kids can also practice rafting; while their parents relax for a while, they can enjoy the mini club Espace Gamin, which also has a corner for the very little ones. Playground available in the town centre and in the various hamlets.

IDENTIKIT
● Inhabitants: 1000
● Altitude: 1000 m
● How to get there by public transports: after having reached Aosta by bus or by train, take the bus to Courmayeur.